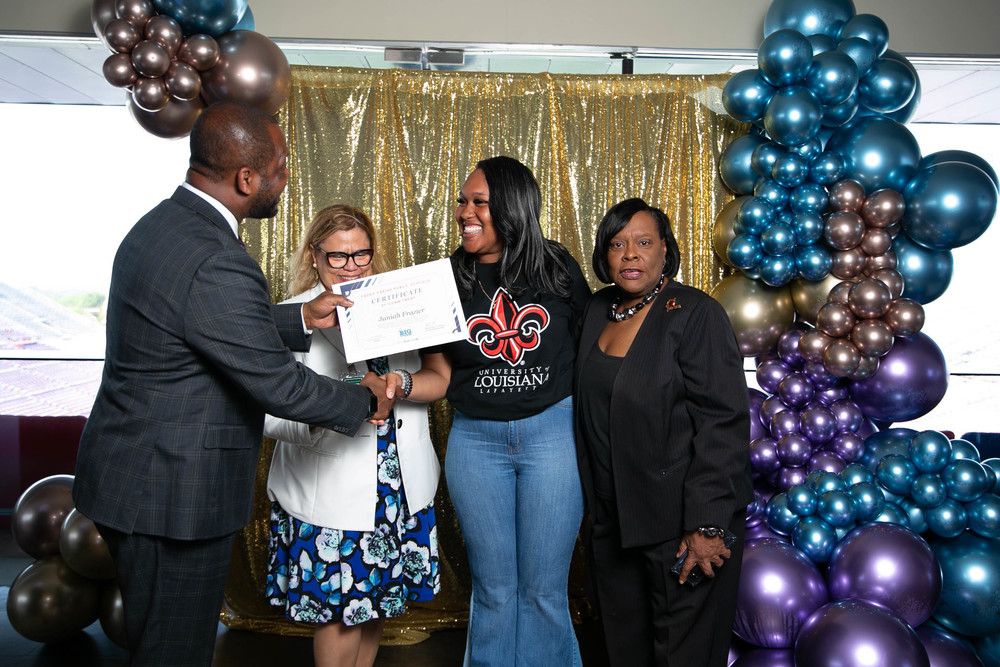 Nearly 40 students representing 10 different Caddo high schools have committed to becoming a teacher. These students participated in an Educators Signing Day as they pursue careers to become future educators. Select students that have completed the Teaching Professions course offered at the Caddo Career and Technology Center and will enter college with six transferable credits from LSUS. In the course, they complete teaching internships at local schools. Other students have participated in the Educators Rising club on their respective campus. Educators Rising is geared toward growing a new generation of educators and leaders. Members of the group received cords for their participation in the program.

Congratulations to these students and future educators: